I like watching subtitled movies, but now it’s getting harder because my eyes are almost useless. While I was in school, I would occasionally skip classes or spend weekends going into screenings of European art films, particularly the French ones. When you’re a student, you have a knack for finding free events to get into. It also helped that I hung out with kids who were into “culture and the arts” and shunned whatever was considered mainstream. Yes, we were pretentious little nitwits.

I also love watching anime with subtitles. And I would only watch a dubbed version if it’s in Tagalog. Somehow, Tagalog captures the intensity and emotions expressed in the original Japanese. By watching subtitiled movies, I became familiar with the sound of the languages spoken and picked up some words along the way.

Other people thought me weird. They also questioned my dedication to the “obscure”. Those are not entertaining and serve no practical value, they argued. And I proved them wrong(I like proving people wrong. It’s a hobby that annoys everyone).

The French are notorious for refusing to speak English even if they could. Personally, I think it arises out of discomfort with the English language and not out of snobbery. It’s similar to people like me, who speak Bisaya and formally trained in Tagalog, who respond in Bisaya even if addressed in Tagalog.

The first European city I’ve visited was Paris, which was in 2014. I was only armed with a map of the metro stations and the address of my hotel written in French. I was going to commute from the airport all the way to the hotel.

I was fortunate to have encountered very friendly and helpful people. The warm Filipino smile can do wonders. A pretty woman, after I smiled at her, helped me buy a Paris Visite pass from a machine. A good-looking man, after I caught his eye, taught me how to get from Gare d’ Nord to Gare l’ Este. He was even willing to buy me a ticket and take me to the platform. A kind janitor, who noticed that I looked confused, pointed me to the train that went to Peletier station.

While in the midst of transferring through three trains, I realized that I could understand, speak, and even read a little French. I was able to approximate the correct pronunciation of the words so that locals assumed I was a fluent speaker and they would talk very fast. While on La Fayette, I smiled broadly at a woman who was lining up at an ATM machine. “Bonjour! Excusez moi. Rue Peletier?”. She replied to me in French and pointed out the street and told me that I should go straight until I reached Boulevard Haussman.

Later in 2014, I found myself in Tokyo, Japan for the 2014 International Bar Association Annual Conference. While I hung out with a group of Japanese lawyers, I asked them about some things concerning Japanese mythology and pop culture over beer and grilled fish slices. “Your accent is perfect! How do you know the rules of Japanese language? You must really love Japan!”, they said. Thank you, Uzumaki Naruto. I was warned by a friend who spent some time in Japan that I should never say a particular word in public. I asked them about hentai. The talkative and tipsy Japanese fell silent. But, I did get cheers from my table when I asked for water: “Semimasen, mizu kodasai”. 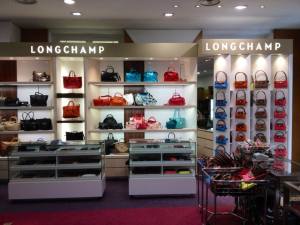 In July 2015, I was back in Paris to attend a training on investment-treaty arbitration. Because of my halting French, I was designated by classmates to give our orders at restaurants or even buy sandwiches for lunch. My halting French and Japanese skills were also put into good use when I bought more than ten Longchamp bags at Benlux Louvre because the sales lady spoke only French and Japanese. I described colors in French while I counted the items in Japanese.

Most recently, in December 2017, I was in Madrid. While I was in the vicinity of the Prado Museum, I had this exchange: 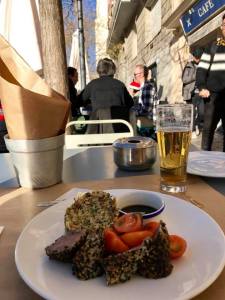 Whenever I was in a linguistic bind, I always thanked the weird and pretentious younger me for having interest in things even though they seemed totally superfluous. Knowledge is knowledge, whatever it may be. It’s just a matter of when and how you’ll use it in your life.