Whenever I feel down or am going through something rough, I turn to stories. Though I know most of them are fiction, I still believe that they contain truths about the human experience. Let’s face it, not all of them end on a happy note. Yet, in the most trying times I somehow take comfort in what I learned from them. The last novel I read was in 2015, “A Little Life”, and I never got to finish it – I enjoyed it but at the same time I felt my heart was going to be crushed as I progressed through the pages. And I recently read that it is going to be adapted into a Broadway play. I decided to give up on reading fiction for some time so that I could give room for more “practical” pursuits. 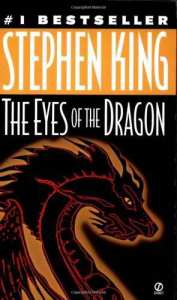 I learned to read because of my sisters. At age four, I pestered them to read me stories from our library and from their textbooks. The first skill I ever worked hard on learning was reading, because I did not want to depend on my sisters for long. The trick was to read a book over and over until I was familiar with the material. I was particularly fond of our twenty-volume Walt Disney encyclopedia, hence, the nerdiness. I never did well in school because I did not care for the other subjects. I just wanted to read stories. I borrowed books from the library, even those meant for sixth graders, and read them for fun.

My teenage years were primarily Stephen King fare and “Eyes of the Dragon” will always be the best work of his for me. Incidentally, it was the first Stephen King novel I’ve ever read. Talk about losing your virginity. In a way, books – and by extension the authors – were my mentors in life. I may have been more intimate with them – the books not the authors – than I am with most people. Wait, being intimate with your mentors … that sounds kinky and a tad incestuous.

“Sophie’s World” by Jostein Gaarder was introduced to me at a time when I was having teenage angst. It’s a clever novelization of all philosophical thought. Through it, I learned there is no single way of looking at things and one must always question everything. Though I was not as arrogant as Philosophy majors, I did turn into a little prick. My philosophy professors loved me for it though because I wrote angst-ridden essays on the futility of everything. We were already dying the minute we were born. But that book did give me license to explore lines of thinking, even the darker ones. Though it has been almost two decades since I read it, I am still under its influence. It may be responsible for my receptivity to radical ideas and may be the reason why I like discussing ideas for the sake of it(Yes, I really do need to get a life). “Sophie’s World” taught me promiscuity.

A nod to my strong psychopathic tendencies, “Catcher in the Rye” came at a time when I was totally lost at what I should do with my life. I thought everyone was phony and dull. But the part that I like about it was Mr. Antolini’s advice “Something else an academic education will do for you. If you go along with it any considerable distance, it’ll begin to give you an idea what size mind you have. What’ll fit and, maybe, what won’t. After a while, you’ll have an idea what kind of thoughts your particular size mind should be wearing. For one thing, it may save you an extraordinary amount of time trying on ideas that don’t suit you, aren’t becoming to you. You’ll begin to know your true measurements and dress your mind accordingly.” And studied I did and I got to narrow down the measurements. But, I must admit I’m a crossdresser and I like going into full costume. “Catcher in the Rye” was very naughty, even nasty, but satisfying and memorable. 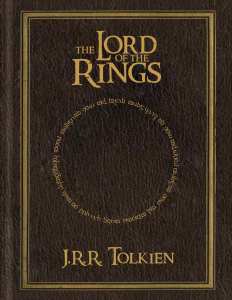 Because I like drama and epic stories on a large scale “The Lord of the Rings” trilogy was the theme of my life throughout my twenties. I read the books many times and watched the extended version of LOTR, maybe ten times – over and above the theater version. Until now I can still recite Galadriel’s narration at the start of the first movie “The world has changed. I feel it in the water. I feel it in the earth. I smell it in the air. For what was once was is lost, for none now live who remember it”. I felt I was Frodo, slugging it through law school, battling my personal demons, and all I felt at that time was despair. Looking back, I was going through a deep depression and it is only now that I acknowledge it. I’m quite surprised I made it through. Whenever I felt very down, I’d watch my movie collection or reread the books. “The Lord of the Rings” was a regular and reliable romp during times of loneliness.

When I was wondering in what direction I should take my career, copies of T.H. White’s “The Once and Future King” appeared in the local bookstores. To me, the book spoke about growing up and that whatever naivete we may have must be shed. Merlin, by transforming Arthur into a fish, hawk, ant, goose, and badger, taught him lessons on how to be a good king. At that time. I was discerning what lessons I’ve learned from all the things I’ve been through. I was forming the guiding principles of how I should live my life and what I should prioritize. “The Once and Future King” was wise and full of fun. At the end, it was bittersweet and left me with a sense of melancholia.

Of more interest to me was the discussion in the book about justice, particularly in the sphere of armed conflict. I recognized in it the rudimentary principles on the international rules of war. Serendipitously, an acquaintance asked whether I was interested in graduate studies. I eventually found myself taking classes and going abroad for special trainings and seminars.

I guess my pursuit of more “practical” knowledge – reading scholarly essays and treatises – and involvement in more “practical” things – active participation in professional organizations and shameless networking, was my way of shedding my naivete. I must say I went through different transformations throughout the six years I dedicated to advanced studies, travels, and networking. Along the way, I lost a certain degree of idealism and loosened my absolutist beliefs about people and life in general. I have somehow been preparing for something but what that exactly it is I have yet to know.

For now, I am content with watching Cartoon Network and Disney Channel while I work at home or do my laundry. Maybe, I should pick up “A Little Life” from where I left off. Somehow other obligations keep me from picking up a book. I am more interested in going through the daily motions of life. Could this mean I’m at the point of doing something repetitive as a form of solitude like the characters in “A Hundred Years of Solitude”? Doing something for the sake of routine and familiarity just to endure the passage of time until a hurricane comes to destroy all of existence? Hmmmmnnn… “One Hundred Years of Solitude” may have been that book that I’ve never really gotten to move on from because it told me an uncomfortable human truth: we will all live a life of solitude.